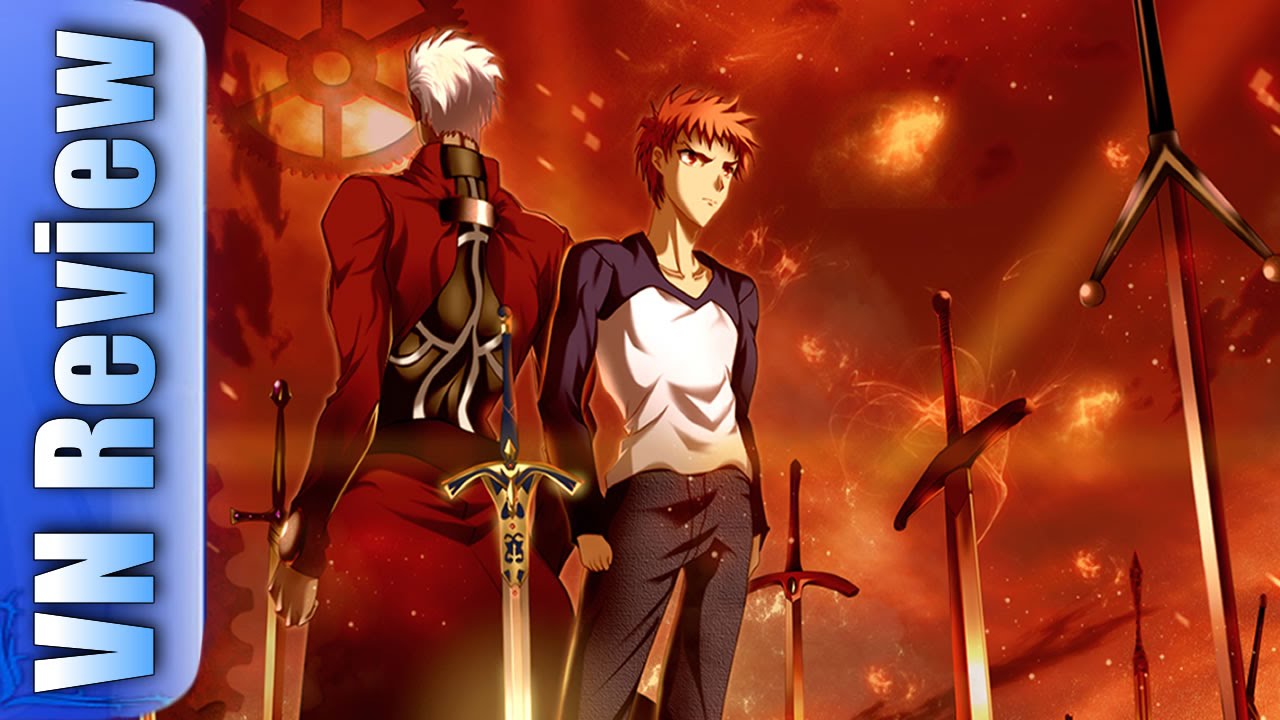 Fate/stay night is an amazing work. I am a recent Type-Moon fan off the Fate/Zero anime and tried the Fate/stay night anime. Not bad, but not amazing. After hearing pretty much every Fate fan say how much better the original visual novel was, I finally got it.
A heads up to all fellow fans who do not speak or read Japanese, Fate/stay night has not and likely will not ever be given an English release. What you buy is in pure Japanese. Translation is done by downloading the fan-made patch from Mirror Moon. This download does not take all that long and the Mirror Moon website provides answers to some questions. Another heads up is that there are two kinds of visual novel discs you might get. The original CD-ROM version comes in three discs, and the DVD-ROM comes in one disc. Both work with Mirror Moon fine but I have been told the CD version is relatively rare outside Japan and you run the risk of being given fakes. Not to alarm anyone, but just make sure the seller is clear. Also, Fate/stay night features several scenes of sexual activity that were removed from the later PS2 and Vita releases. I am unaware of patches to remove those scenes though I am sure they exist. I just rushed through them as they were boring. This is a visual novel for the story, and I bought it for such.
A short plot summary for anyone who might not know. Fuyuki City is the hosting grounds for the Fifth Holy Grail War. Seven (usually) mages are chosen as Masters and summon Servants, Heroic Spirits from different ages like King Arthur, Hercules, and Gilgamesh. Each Servant has Noble Phantasms, weapons or skills that made them famous like Excalibur or Gae Bolg. The teams fight and kill each other and the last remaining Master and Servant obtain a wish from the Fuyuki Holy Grail. Shirou Emiya, after being attacked by the Servant Lancer, accidently summons Saber and enters the War to stop anything like the fire ten years ago, revealed to have been caused by the Fourth Holy Grail War, that only he survived.
Fate/stay night is divided into three routes: Fate, Unlimited Blade Works, and Heavens Feel. You start with Fate and unlock the others by completing the route before. The routes are almost completely different from each other beyond characters and general setting and makes them more interesting to read. Following the trend for visual novels each route is devoted to each of the three love interests of Saber, Rin, and Sakura. You are given choices at times that either continue the story or lead you to a Bad End or Dead End. At each poor End you can view the Tiger Dojo to be given a funny lecture on which choice you should have made. I recommend you keep several saves from different points of the route since some Bad/Dead Ends do not comes right after your choices or actions. Some can take a day or two to set in.
Extras in the game include unlockable lists for weapons, graphics, full information on the Servants, and the soundtrack. Just a side note, the soundtrack can be amazing. Church on the Hill, Emiya, and All Evils of this World rank at the top of my list. There are also two opening movies. These are fairly animated thought not much to talk about beyond the fact they exist.
This visual novel is amazing. The anime failed at doing it justice. If you are a fan of the Fate franchise I recommend you get it. Mostly because this is the only version you CAN get. As noted before, it has never been localized and the PS2 and Vita versions are Japan only as well. If you only speak or understand English, the computer version and a Mirror Moon patch is what you have to work with.

Oct 13, 2013 - Fate Stay Night Realta Nua English Full Release. As for the Op patch, I'm not entirely sure what you're asking me. Other than the Last Episode, the TL of the VN is literally the exact same one used for the original PC version.