Studios and archivist of the Estate of Elliott Smith. Includes an instant download of 'Either/Or: Expanded Edition.' Either/Or is widely regarded as Elliott.

Posted by2 years ago
Archived

Conflicted about the Either/Or 'Remastered' Edition

With the release of the Either/Or remaster and it's arrival on my front porch yesterday evening I finally got around to listening to it and.. Oh boy. It's a mixed bag to say the least.

Elliott Smith Either Or Blogspot

If you haven't been in the loop Either/Or has received a re-release for it's 20th anniversary. This version has been remastered by Larry Crane, the archivist of the estate of Elliott, and features the Either/Or album remastered in it's entirety, a handful of rarities, a -side, a few live songs from Elliott's 1997 Yo Yo a Go Go performance, an Elliott Smith recording of a Mary Lou Lord song, and an entirely new version of Bottle Up and Explode that has never been leaked or released prior to this. Before getting into this I would like to iterate that Either/Or is a fantastic album and some of these will be nitpicks. Even with the issues this remaster has it is in no way unlistenable. The nitpicks will have a point though and I'll get back to them.

For the most part the remaster is either barely noticeable, a marginal improvement in the case of Cupid's Trick, or objectively worse. The full band songs seem to have received the best results from the remaster but as soon as there's an acoustic guitar standing on it's own, particularly with the intro to Ballad of Big Nothing and the entirety of Between the Bars, the sound suffers and the negatives of the remaster really come to light. There is noticeable distortion on the acoustic guitar tracks, especially the lower notes of Between the Bars. Worse is that existing issues, like the hiss from the drum track during Speed Trials, an issue that has existed since the album's original release and came as a result of Elliott's recording choices, still exist. It might even be worse in the remaster as it seems every song has been made louder, a trend that's been pervasive in music releases in the last 15 years and something that I would've hoped the guys in charge of an Elliott Smith release wouldn't have fallen prey to.

So if the original songs are either slightly better or noticeably worse what else is there? Aside from the new version of Bottle Up and Explode, Elliott's version of the Mary Lou Lord song he wrote for her, and the live stuff there's the keys intro to a leak of New Monkey and an official release of I Don't Think I'm Ever Gonna Figure You Out. Keen listeners will probably already be aware that these songs have been floating around for ages and if you've grabbed any of the unreleased or rarities compilations on the web you've definitely heard these before. The live recordings, however, seem to be entirely new and have not previously been leaked. Their existence was hinted at when the Heaven Adores You sountrack landed and it seems that there's more to that set than just Elliott's recording of Say Yes. It's definitely not the best live recording (I think that honour goes to the Stockholm, Sweden bootleg on YouTube) but it's definitely not unpleasant. He even plays My New Freedom, another rarity that never received an official album release.

In regards to the Mary Lou Lord song I Figured You Out, Elliott had previously written this and played it with Mary Lou Lord who ended up doing her own version and putting hers out there. Elliott's version has never seen the light of day until this record and I think it's definitely a decent song. If your tastes align more closely with Elliott's own, however, you might write it off as sounding like, 'the fucking Eagles, man.'

And then there's the new version of Bottle Up and Explode. I feel this song is going to be a polarizing song given the YouTube comments for it on Kill Rock Star's page but, personally, I am a huge fan of it. I'm not sure if it's just the novelty of having a new Elliott song or not but it's an incredibly interesting song even if you might not like it yourself. If you haven't heard it the song is up on the KRS YouTube page and is definitely worth at least one listen. Basically imagine if he'd recorded Bottle Up during the FABOTH portion of his career and you'll have an idea of what to expect with much less traditional Elliott instrumentation, almost completely different lyrics, and much darker lyrical themes that I'm sure will be dissected for years to come. Please keep in mind however that the cute little keyboard outro on the YouTube copy is in fact present on the album release as well.

Purchasers of the vinyl will also be treated with a very nice set of packaging with a lengthy intro printed onto the inner sleeve of the double album, lyric sheets, an digital download code that will get you access to a download of the album in most conventional audio formats, and the records themselves. Either/Or is on the first record and all the new stuff is on the second one.

So after all that I'm kind of conflicted about this one. For anyone who already had the album I'm not sure there's value in picking up this remaster; the remaster isn't handled as well as I would've liked, the live recordings aren't the best, and you can just buy or rip the new song and call it a day. Worse is that, going forward, this might even replace the original pressing of the album in record stores which troubles me a bit. This is by no means the 'definitive' version of Either/Or and the idea that it might replace the original if they stop pressing that one is not a pleasant one. It's also very difficult to differentiate between the original and the remaster if you look at their packaging; the only obvious differences are a small half sleeve of paper that goes along the left side of the release vinyl packaging and some shuffling around of the positioning of the track listing on the back of the packaging.

What do y'all think? I'd like to read a more positive opinion and see if there's anything I'm missing or under-appreciating. Cheers!

100% Upvoted
Posted by2 years ago
Archived 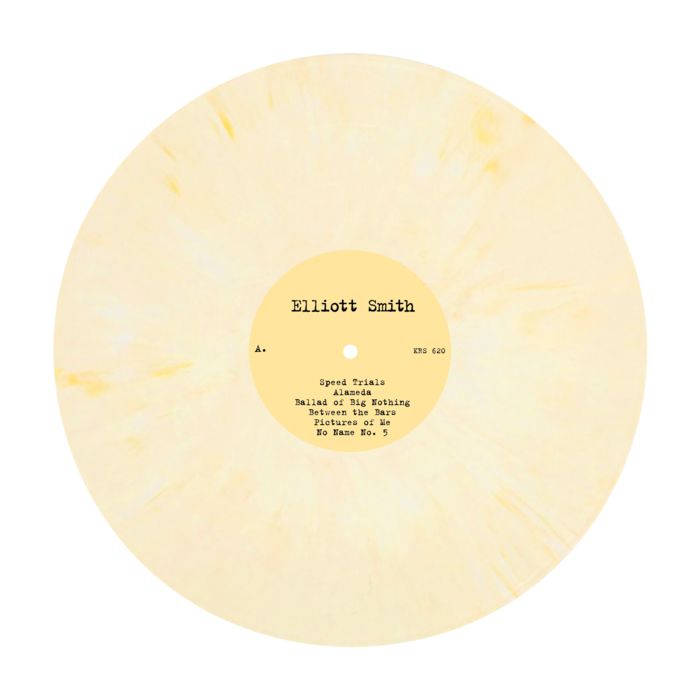 Either/Or is widely regarded as Elliott’s best album, and remains his best-selling. To commemorate the 20th Anniversary of this masterpiece, Kill Rock Stars proudly presents Either/Or: Expanded Edition. This album features the original tracks carefully remastered from original tapes under the supervision of Larry Crane, owner of Jackpot! Studios and archivist of the Estate of Elliott Smith. The additional content features five live multi-track recordings from the Yo Yo A Go Go Festival in Olympia WA in 1997, as well as three previously unreleased studio recordings and one b-side gem. The double LP is packaged in a gatefold jacket that includes an insert of the original liner notes, a postcard of the original master tapes, and several never-before seen photos. This gorgeous collection is an essential listen for longtime fans and newcomers alike.

UPDATES (direct from the liner notes or official site):